Comstock Squirrel Transfer Cage, Another Use! 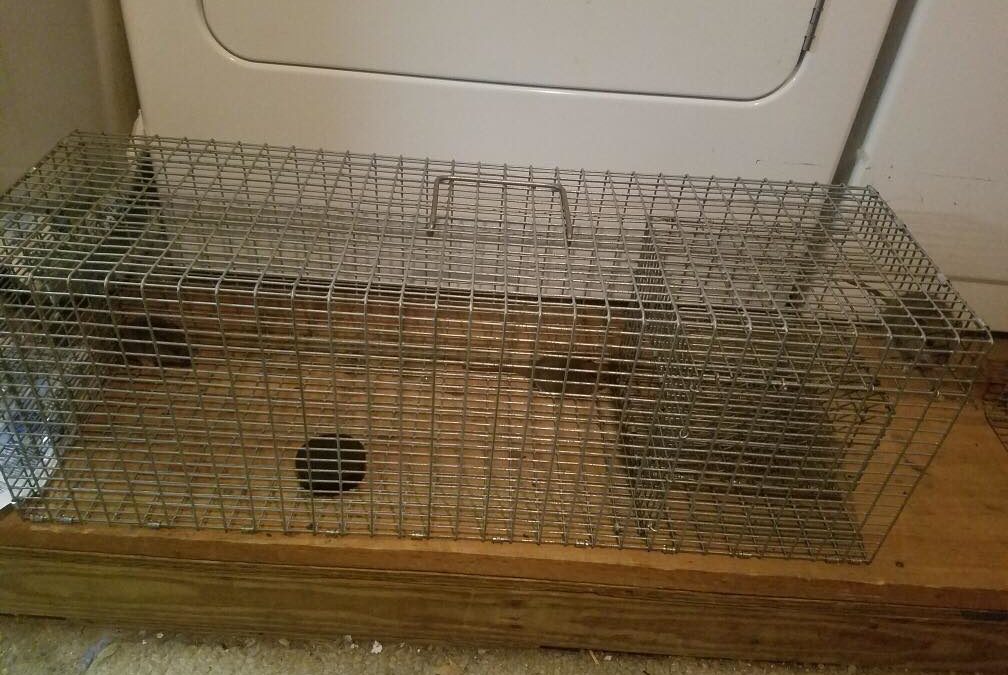 In reference to all the traps that we invented and produced for the past ten years, as it pertains to their usage, though the above quote might seem like a tongue in cheek comment, we really mean it and live by it.  Whenever anyone using Comstock traps comes up with new or better methods or applications, we are always receptive and eager to learn and to share that helpful information with all those who use our traps.  We are regularly and always pleasantly surprised by many of those who share their own positive experiences and innovative nature with us when using Comstock traps.  Though every trap has been designed to address problem critters in a certain way or ways in order to solve specific problems, many of those using these versatile cage traps have come up new ways to use them.  The scope of how the Comstock cage traps can be used is ever expanding.  There have been many “oh wow” moments when trappers realize that the trap they have been using will do even more than what it was designed to do.

Just recently we received a photo and video with an accompanying explanation of how the Comstock Squirrel Transfer Cage was used in a very different way, not just as a holding compartment, but as a cage trap itself.  Because the transfer cage has a one way door that leads from the outside to inside like a multi catch trap, Shawn Allen , owner of Tri State Wildlife Removal in Vermont picked up on the fact that when this transfer cage was baited it would work as a fine multi catch trap.  In this case Shawn used it and caught several Norway Rats at once.  It was as simple as opening the release door and dropping in some bait.  Bingo, the transfer cage became a multi catch rodent trap capable of taking rats, squirrels and probably chipmunks too.

The photo shows three captured rats in the transfer cage that was initially made to be used with Comstock swing panel traps in 5×5, 6×6, 6×8 or 7×7 models.  When a number of single catch Comstock Swing Panel Traps are placed in a yard and hold squirrels, the transfer cage can be used to remove many squirrels at once in a single transfer cage, while re-baiting and leaving the swing panel catch traps in place.  With this system there is no reason to carry in more catch traps or swap them out, saving time, money and space in a vehicle.

In a nut shell, the transfer cage has a dual usage as a multi catch rodent trap.