Never Know What to Expect 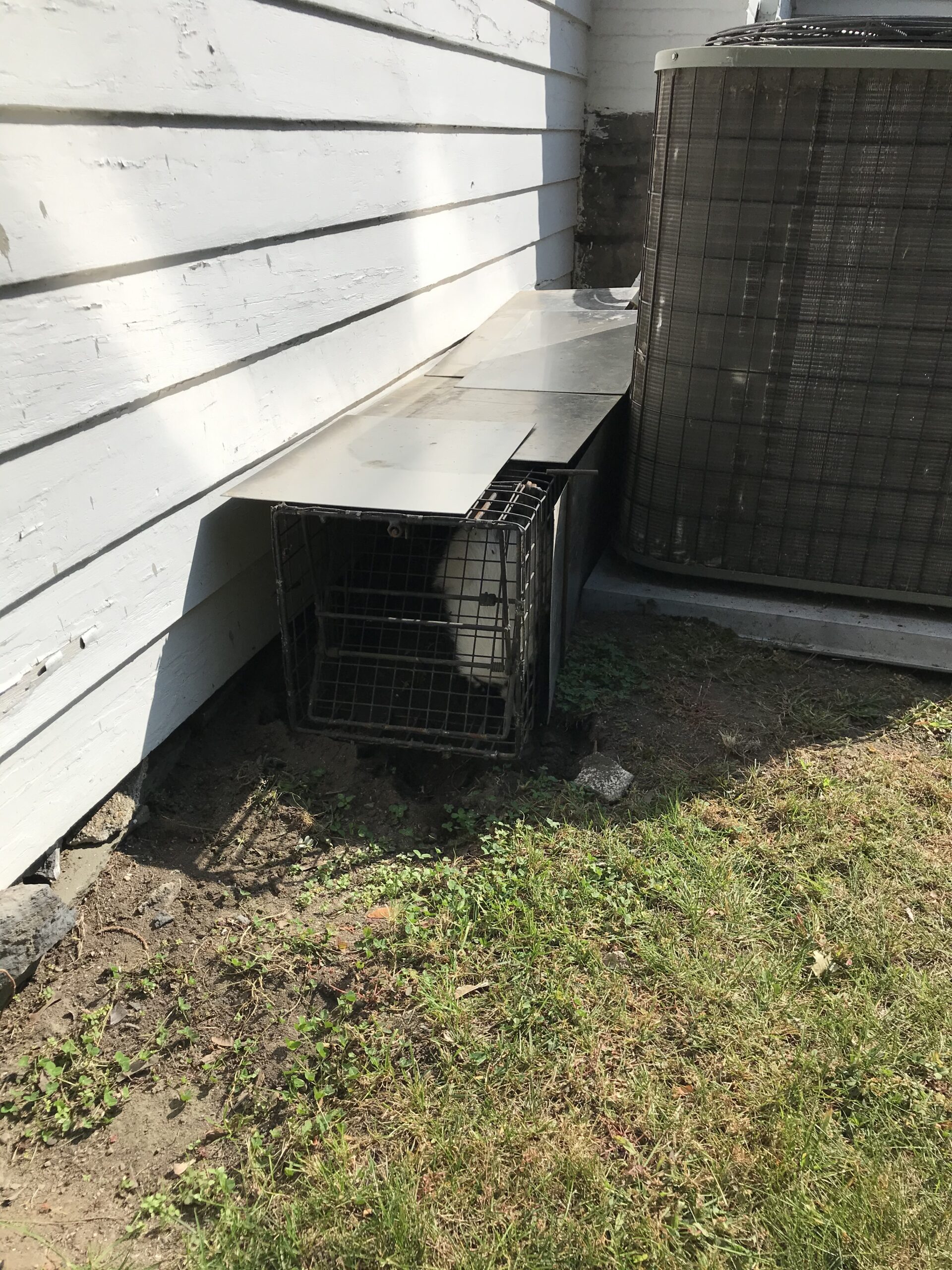 The other day I got a call that a skunk was “stuck” in the foundation of a porch, a first for me.  A big fat skunk tried to get under a porch and was pinned, still very much alive with her tail and back legs sticking out.  Didn’t want her to spray the whole load at the dentists office, so after trying to free it, I decided to leave it a while to see if it might free itself in time.  It had sprayed just a bit.  I blocked off the area and made a one way posi-set.  Next day they said, “you got him,” but so fast.  When I got there, there was a small digout from the outside in, under my tin barrier.  Had a second skunk in the trap with the first still stuck.  I placed a second trap and  managed to move a rock under the stuck skunk to free her.   She went into a new trap without spraying any more, so all was well.