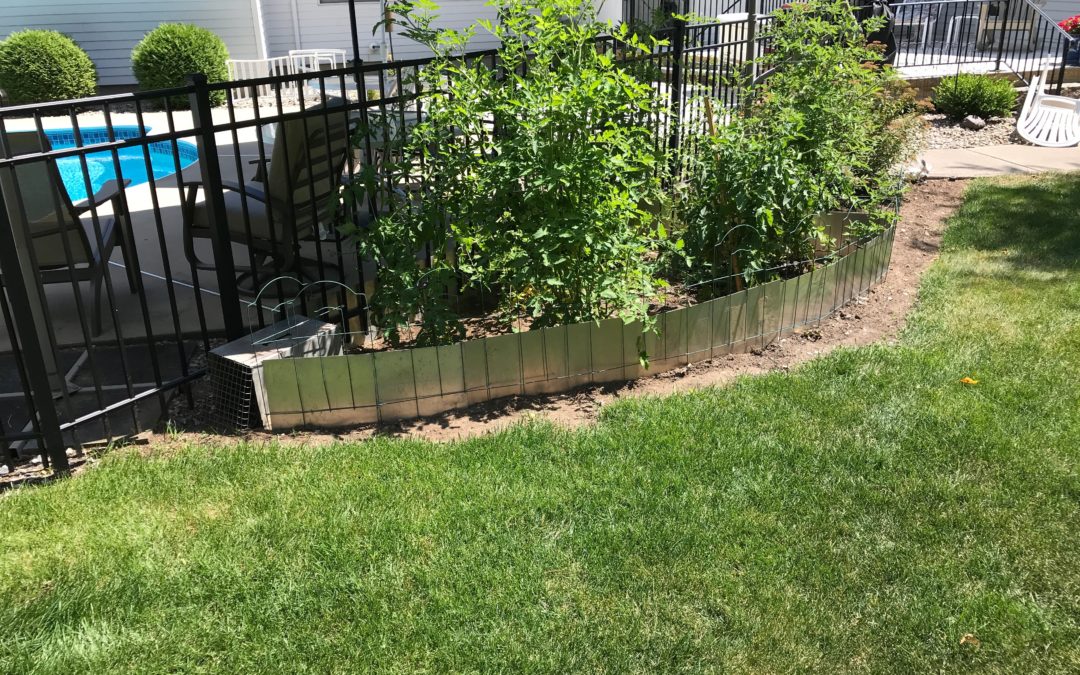 
Scraps of aluminum left over from making nose cones for the Comstock 9×11 double door cage traps were put to good use with positive baitless den sets where additional light weight, practical blocking was required.  Woodchucks and skunks will usually go under out buildings from the open ends of the flooring that run perpendicular to the runners.  What this means is that most often there are two ends that will require narrowing.  Depending on the situation, we will use 12×16 and 12×32 aluminum rectangles to cover the ends, utilizing small T bar stakes for support, while leaving just enough space for a trap to be placed on one or both ends of the shed.  The same is true for decks, porches etc.  Placing light weight aluminum blocking takes little more than a couple of minutes, well worth the effort in baitless trapping since attractants don’t have to be maintained or depended upon for results.  It is not uncommon to block from 5 to 20 feet or more of open space, leaving just enough room to place a double door Comstock 9x11x18 or 24 inch trap or two with a metal nose cone in the opening or openings.

To take it a step further, we recently had an unusual instance where a woodchuck seemed reluctant to walk on crushed stone to go under a shed through double door traps in positive sets.  However, the chuck had been eating tomatoes in small garden nearby.  Since the garden was not large, requiring about 25 feet of fencing, it was well worth ringing the tomatoes with the aluminum blocking, leaving a space just wide enough for a 9x11x18 double door trap.  After several days with no results in the positive sets, within 24 hours of setting the ringed garden the woodchuck was in the trap.

Using solid material meant that the chuck couldn’t easily see into the garden area, forcing him to search for an opening, which was of course was the intent.  Aluminum is light in weight to be transported in quantity to cover even long open areas quickly.  And though it would be possible for woodchucks to dig under or move the material, they don’t.