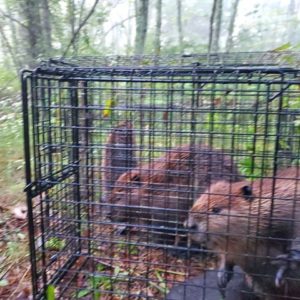 We had always suspected that the self contained, Comstock, bifold, double door traps could be used for more than mere land sets for bobcat, fox, fisher, raccoons, etc., so weren’t at all that surprised to learn of other successes when used both in and under water.  Having produced tall, angled, powered, lock ring traps for bobcats that had performed well on land, we learned those traps also worked for beaver in water.  At the same time we wondered if someone would give these similarly configured tall bifold door traps a try in water too.

After posting about the upcoming possibility of improving the door hooks on the 9×11 power door traps on instagram and Facebook, we got a great call from Robert Camtois of Connecticut, an avid user of the nested, double door bifold traps.  We also knew that guillotine door traps had been used to take beaver in the past, so again, why wouldn’t it work with bifolds in the same manner?  Robert recently shared his very positive experiences in photos and videos, not only taking bobcats on land, but also catching beaver on land, in water and under water using all three sizes of the nesting bifold door traps.  In cold conditions he had even caught beaver in deep water under slush after a snowfall in the bifold traps.

Powered, bifold door traps have no parts that protrude beyond the confines of the box, nothing above or beyond the top or the sides of the traps to hang up, giving them distinct advantages over guillotine door traps and other cage traps.  These traps with internal doors will flush mount against flat surfaces.  The take away from what we have learned, though these traps are not a complete substitute for the wide low profiled, rugged 12x18x39 Comstock original beaver trap, they do work quite well as a beaver trap in all conditions like the Comstock beaver trap.  The bifold door traps are obviously narrower.   They can not be thrown into the water like the incredibly stable Comstock beaver trap that will remain set even if tossed into the water.  However, the bifolds can be used in many instances as a beaver trap to take live beaver if necessary on land or under water in nuisance beaver work and fur trapping.  Though cost is not the only factor in determining what trap to choose, it should be noted that the bifold door traps are much less expensive, especially when purchased with discounts in sets of 3 and 6. 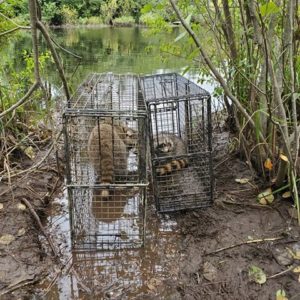 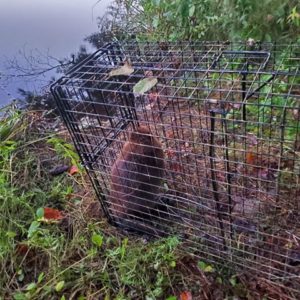 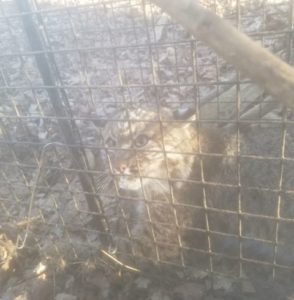